There’s an old saying that money corrupts art, but what happens when art corrupts money? In an industry where paintings change hands for millions, the art world has had to contend lately with collectors now purchasing unique works of art not as physical oil-on-canvases, but as digital NFTs (non-fungible tokens). Just this past December, Art Basel in Miami found droves of collectors descending upon the art expo, snapping up artworks in the Blockchain metaverse for fortunes.
Toronto native Thrush Holmes, a 20+ year visual arts veteran, who can boast everyone from Beyoncé to Elton John as collectors of his work, has made the switch to NFTs. His latest NFT art drop, entitled “Magnum,” consists of 999 unique works in Blockchain for $450 a pop. Within the first two weeks after the drop, 873 had been snapped up. And as far as he’s concerned, NFTs should be viewed less as an investment but as an intimate, accessible way for art fans to connect with artists.

“My thing is – letting people see behind the curtain,” he says to Observer when reached via phone from Toronto. Calling the Toronto arts scene “provincial” in comparison to big markets like New York or London, with Canadian galleries acting as what he calls “gatekeepers,” Holmes says that being able to reshape the relationship between artist and buyer, and getting art into the hands of people who otherwise couldn’t afford it, is what brought him to Blockchain.
“Because my pricing has gone up rather significantly in the last 5 years, some people are just priced out. And I want to get my work into the hands of young collectors. NFT is the perfect way of allowing that to happen.”
He’s not kidding. His physical canvases, that blend pop culture iconography, neon signage, and a street art aesthetic, can range anywhere from $6,750 for what he calls an “entry level” canvas  and go upwards of $120,000 for large-scale paintings. While most novice collectors probably couldn’t drop tens of thousands of dollars on a painting, they might be more keen to invest in art if the price were closer to $500. And for “Magnum,” Holmes offered a few lucky buyers the opportunity to “win” the actual physical canvas along with their NFT purchase.

But Holmes wants to reframe the argument around NFT artwork as an investment. In fact, he couldn’t care less if buyers are disappointed with the rate of return or if the work doesn’t appreciate. Instead, he’s interested in how NFTs are revamping the art world from the inside for the betterment of artists themselves.
Holmes also counts the digitized provenance of the work as another selling point for him to use Blockchain. Provenance refers to the documentation that tracks who has owned a piece of art through time, which previously might require access to gallery archives, exhibition tickets, or receipts of sale, many of which are difficult to track down, especially if the piece is decades old. That is another complaint Holmes has against the old guard of galleries, who he says have refused to share acquisition sale details with visual artists. “When you, as an artist, sell through galleries, most won’t tell you who bought the work. So you don’t even know who’s collecting your work.”
He then added that he only found out big name celebs were buying his work when he noticed his pieces hanging on their walls in a magazine photoshoot.

“[Galleries] really don’t want to share anything, or the artist will sell directly to [collectors], that’s all washed away now.”
Thinking about how collectors and art enthusiasts should go about deciding which NFTs to buy, the market might seem a bit confusing. Many experts warn that there is no guarantee on a return on investment, saying it might be a bad time to enter this market. Despite that, numbers show the Blockchain industry grew 25% quarter-over-quarter and 509% year-over-year. Since 2017, NFT collectibles have generated over $6.2 billion in sales. Compare that with the recent dip in cryptocurrencies: just last week Bitcoin, the mother of all cryptos, fell over 15%, its lowest since July 2021.
While certain celebrities have embraced the Blockchain metaverse (who could forget Kings of Leon making waves by releasing their album entirely as an NFT last year), others, like Keanu Reeves, think NFTs are a “joke.”  So it’s hard to know right now if non-fungible tokens will become non-refundable trifles in a few years time, losing investors millions.

Holmes wants to reframe that argument, pulling focus away from venture capital and toward embracing the art that you love.
“The rule of thumb with physical paintings is buy what you love, don’t think of investment first, investment comes second,” he says. “This is a little bit different, people are thinking more about investment and turning a profit. But I’m trying to change that.”
He continues, “I’m not an economist, I can’t predict what’s going to happen with all of this, but this is a new form, a new exciting platform, and there’s tons of exciting opportunities.”

“I know that I’m not making choices based on what’s going to appreciate quickly,” he says, noting that he also is a buyer of NFTs from artists he loves.
Thinking of his beloved hometown, Holmes also notes that the global NFT art market allows smaller arts towns, and unknown small-town artists, to compete on the international stage without having to relocate to New York, London, or Paris.
“This is a way for us to progress in the art world,” he says, noting that the Canadian arts scene has a difficult time gaining the recognition it deserves. “We have a lot of great art and artists here, but it’s a matter of getting seen.”

The debate over the value of NFTs will rage on, with many on social media suggesting that it boils down to “owning a jpg.”
Like people calling motion pictures, television, the internet, and streaming platforms “a fad,” Holmes says people need to think forward and get with the times. “NFTS aren’t going anywhere. People need to step up and deal with it.” 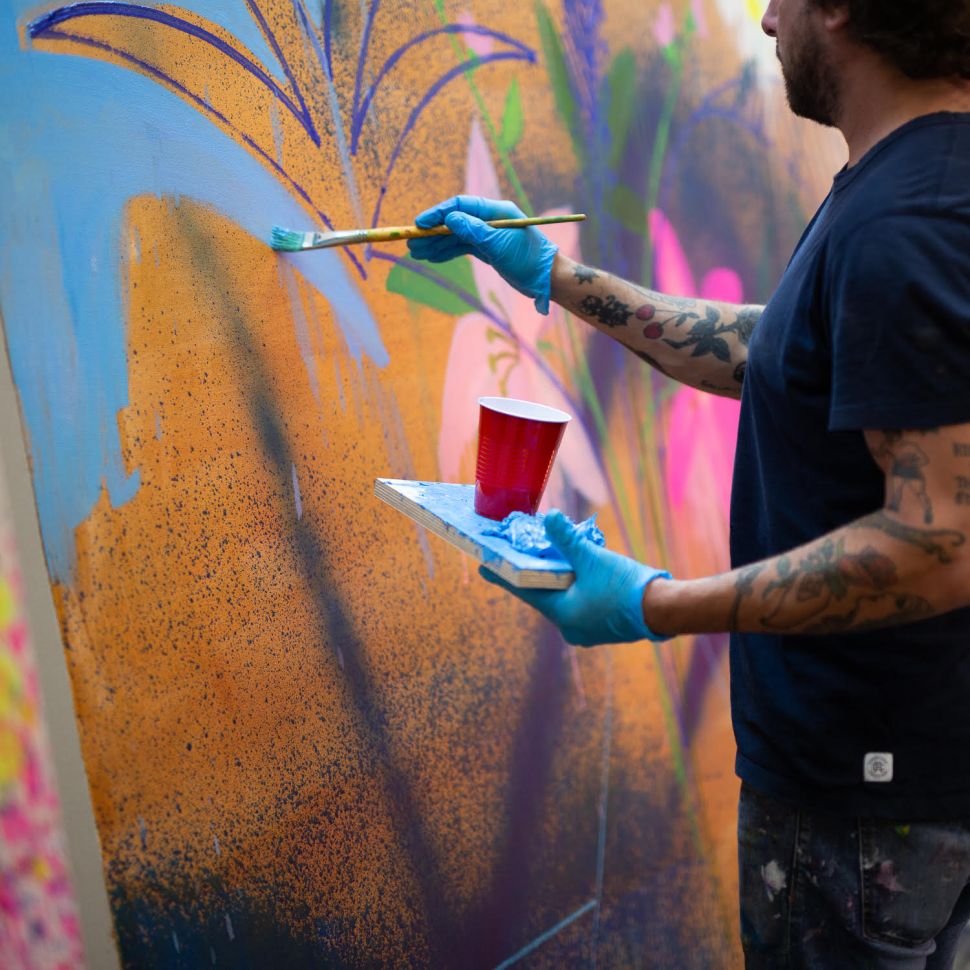 Get the latest in Arts, Entertainment and Innovation delivered to your inbox daily
We get it: you like to have control of your own internet experience.
But advertising revenue helps support our journalism.

NFT drops: Everything you need to know – Creative Bloq